Stage 1’s water pit was transformed into a mermaid’s grotto for the feature The King’s Daughter, while in Ghost Rider Nicholas Cage rode on water. Stage 1 housed Spike Jonze’s snow sequences for Where the Wild Things Are and Guy Pearce and Katie Holmes being scared to death in a haunted house in Don’t Be Afraid Of The Dark.

Stage 1 offers the opportunity to rig almost anything and create a dramatic atmosphere for any large scale event. In 2018 Microsoft hosted a tech summit in Stage 1, featuring an auditorium, casual dining restaurant and a product showcase; at other times Stage 1 has been used for fashion shows, television commercials and as a sport stadium.

Stage 1 is equipped with an ‘I’ beam grid system and catwalks that allow a uniform distribution load of 480 kilograms per square metre (98 pounds per square foot). The stage features silent air-conditioning and sound attenuation of 50dB(a) minimum. A large waterproof pit is located near the centre of the stage for wet and dry filming. 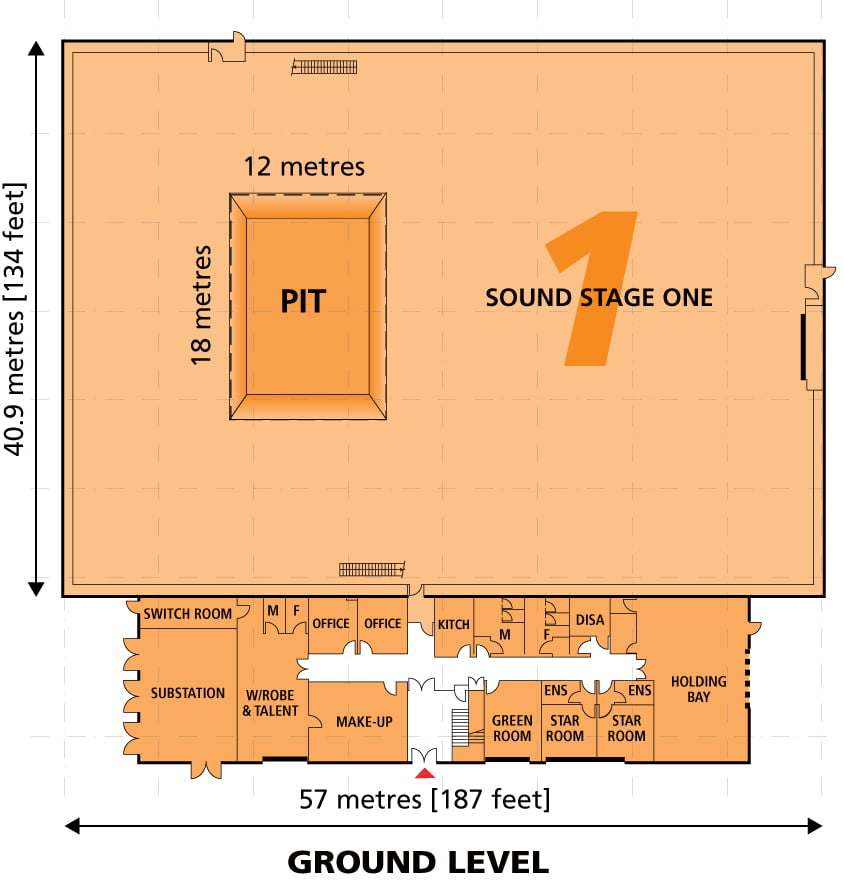 Docklands Studios Melbourne has been home for many of FremantleMedia’s light entertainment television programs. The superior facilities and friendly staff are a winning combination.