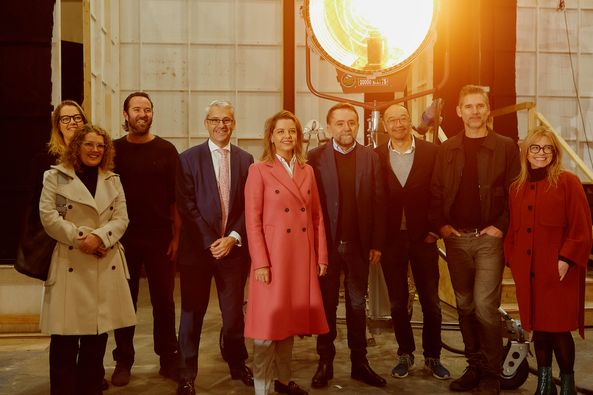 Docklands Studios will play a key role as Victoria positions itself at the forefront of the global production boom.

Industry leaders gathered at our facility recently for the unveiling of a $191 million strategy to supercharge the screen sector and create jobs for more Victorians.

Directors and actors flanked Minister for Creative Industries Danny Pearson and Film Victoria CEO Caroline Pitcher at the announcement of the four-year plan.

The strategy describes Stage 6 at Docklands Studios as a watershed moment in the development of Victoria’s screen industry, along with Australia’s management of the pandemic and the $40 million renewal of Melbourne’s ACMI (Australian Centre for the Moving Image).

Construction of the $46 million stage main structure is well underway and on track for completion later this year.