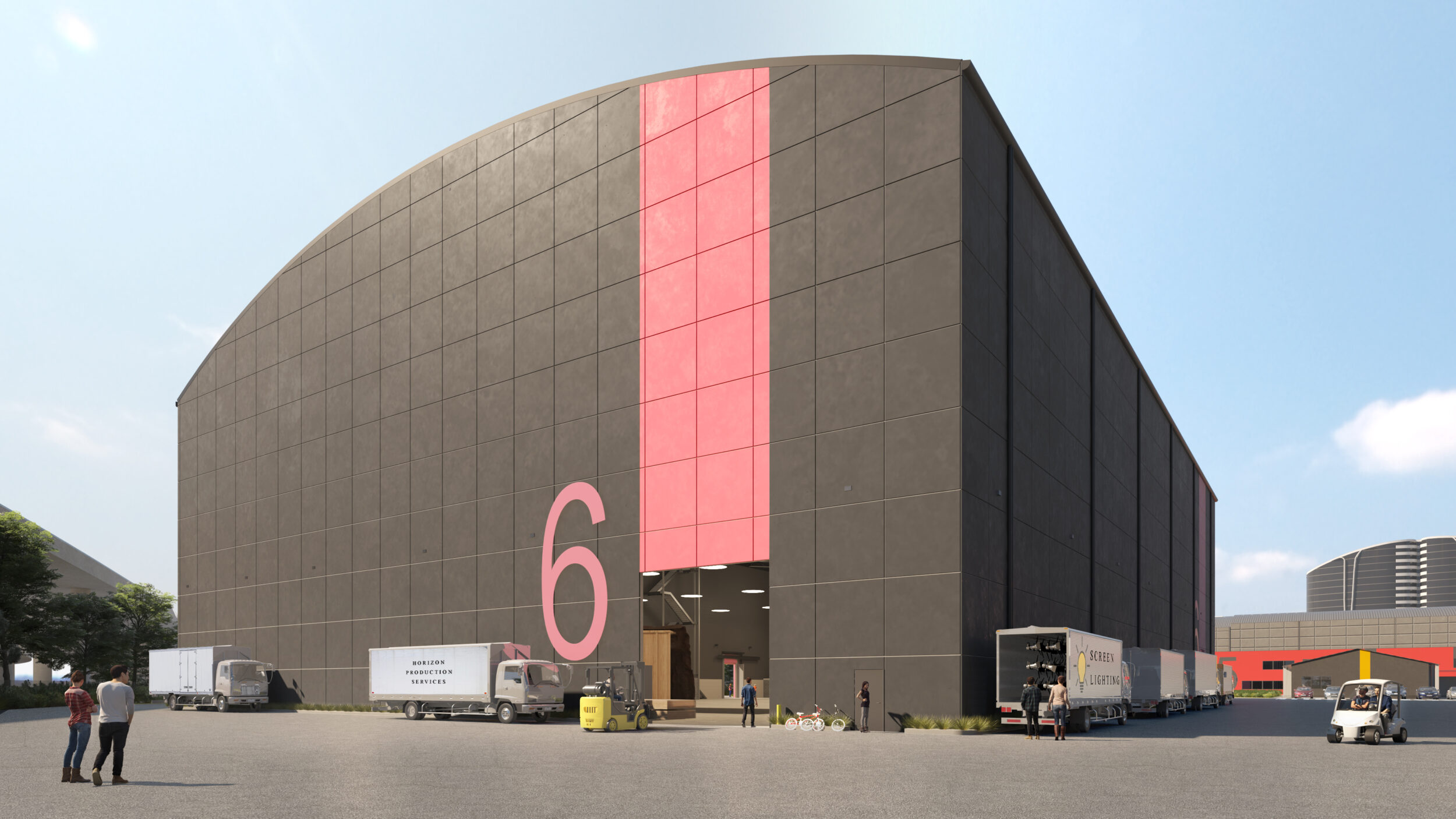 The expansion of Docklands Studios Melbourne has reached a key milestone with structural work underway on a world-class super stage to cater for large screen productions.

Kane Constructions has nearly completed foundations on the 3,700 sqm (40,000 sqft) stage and is now erecting steelwork for the main structure.

Supported through a $46 million investment from the Victorian Government and due to be finished later this year, Stage Six will be one of the largest in the southern hemisphere.

It will feature a 900,000 litre sub-floor tank (more than one third the capacity of an Olympic pool) for filming of underwater scenes.

Docklands Studios Melbourne CEO Rod Allan said: “The stage will bring large international film and TV projects to the state, providing skills development and a long pipeline of work for cast and crew.”

“Stage Six will expand total stage capacity at the complex by more than 60 per cent, freeing up space in our other five stages for smaller domestic productions. This means the local screen industry will have more, not less, access to our world-class stages.”

“Together with the various incentives offered by Film Victoria, the new stage positions Docklands Studios as a key part of the long-term growth vision for the state’s screen sector.”

Recent international productions to film at the complex are AMC’s Preacher, Netflix’ Clickbait and Paramount’s Shantaram, while domestic projects include The Dressmaker, Jack Irish, Millionaire Hot Seat and Dancing With The Stars.