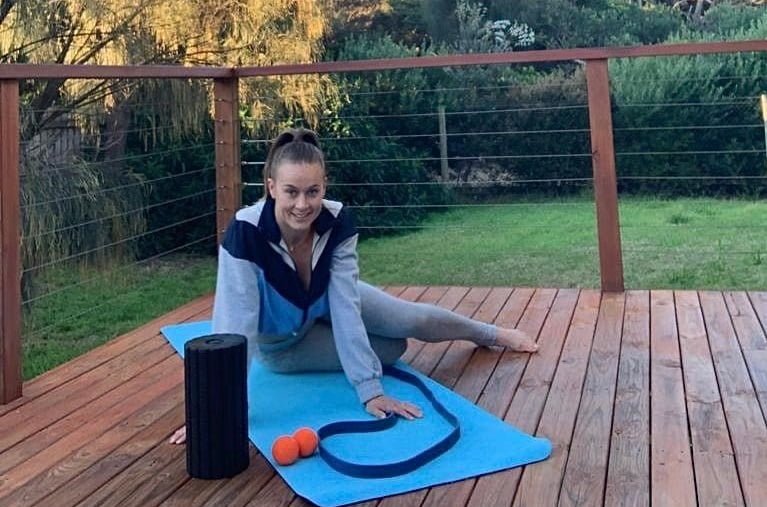 There’s light on the horizon for Australia’s film and TV industry which shut down two months ago amid the global coronavirus pandemic.

While production remains frozen on around 120 local and international projects*, many in the industry are looking to the future as Australia flattens the curve of COVID-19 infections and begins to ease social restrictions.

Philli Anderson has been a stunt performer and assistant stunt coordinator for more than a decade. Her credits include Preacher (Series 4), Hotel Mumbai, Upgrade, Winchester and Guardians of the Tomb.

It felt like I was on a really good roll before it all hit. If the lockdown hadn’t happened I would be working on (Netflix drama) Clickbait, and (Australian TV drama) Wentworth and I had a couple of TVC’s happening as well.

There was a three-day period in March where everything disappeared all at once. The stunt industry has completely shut and we will probably be one of the last to re-open because we work in close proximity to the actors. It’s quite hard to do a fight scene while keeping social distancing. We are working hard in the stunt industry to create ways to ensure we can get back to work safely and soon.

I’m still busy. We bought a house at Christmas which needed renovating so I’ve turned my hand to that. Also, I have to do a lot of paperwork and upskilling to step up as stunt coordinator, so I’m spending a lot of time at the computer preparing for that.

I think a lot of people in the industry have had a very busy few years so everybody has taken time to catch up a little bit, and then hopefully everybody is energised to go back to work. A lot of people have got their house clean but we can’t not work forever!

I’m involved in an action group across all creative industries and we meet each week to talk about how we can support each other. There’s a lot of people just checking in to see how each other is going.

Just recently, after 10 weeks of being shut down, I’ve been hearing talk of how we can re-open and what protocols we will need to follow to keep everybody safe. People can see that there is a way of us going back.

I make three to four phone calls a day just to check in on colleagues. Many people have been depressed and to get a phone call is something that’s required – you need to hear a voice, not just get a text message. There’s a lot of people struggling from week to week.

The irony of the lockdown is I took the first four months off anyway to be with my young son. He just started kindergarten. My wife passed away from breast cancer last year so I had to be around. That aside, I probably would have been working on Clickbait now, and television commercials, then waiting for international productions that were supposed to be coming in. In anticipation of future work I spent several million on equipment – the latest LED lighting and so on, so we have the depth of equipment for the future of the industry.

Having started in the industry in 1989, I’ve seen two recessions, though the current situation is more of a cliff-edge drop! I’ve prepared for worst-case scenario for years but it still hurts.

We’ve all just got to be positive. What other options are there? Everyone can get fit and do exercise, and do the things they need to do, and become family again. I run 8 kilometres each morning, I haven’t got a weed in my garden, and the house is neat and tidy. My colleagues and I had a competition for getting creative with our sock drawer and the prize was a bottle of wine!

I’m optimistic that we’ll come out of this and be busy. Construction of the new super stage (Docklands Studios Melbourne Stage 6) is going ahead and that puts a skip in your step.

People much higher up the food chain are working on ways to manage going forward. Australia is perceived as one of the safest places to shoot because we are flattening the coronavirus curve and our exchange rate is favourable. Make no mistake, the businesses overseas that pour money into major projects are calculating how they can go forward. They’ll be practical – producers are like that.

Karl Engeler has worked as a gaffer for more than 25 years with credits including Charlotte’s Web, The Pacific, Marco Polo, The Whistleblower, Preacher.

I had been working on Shantaram (Paramount Television/Anonymous Content) just before this happened. I already planned to have time off so I was in a lucky spot, although I didn’t expect the rest of the world to take a break with me!

Working in film, things often get pushed to the side, like tending to the garden, fixing the hot water system and doing my tax, so I’ve caught up with all my life admin. Also, I’m spending more time on the phone talking to my parents which is rewarding.

I’ve found myself reaching out to people I work with. There are many people who weren’t in a good spot when this happened and I worry about them.

But we are used to jobs falling over in this industry and having periods of not working, so we have some inner resilience. In a way we’re better suited to this lockdown than people who don’t work in this industry.

I’m involved in a working group with union members that focuses on the future of the industry, including developing protocols for safe production. Production companies are spending a lot of time on script development at the moment but I’m aware that producers still have significant problems to overcome to get shows up and running.

A big issue is travel – most shows have international cast. But there is a glimmer of hope that if we keep infection rates really low, and it is clear on the world stage that we have coronavirus under control, then this could be another selling point that Australia is a great place to come.

Maxine Dennett has worked in art & Spfx departments for 23 years with credits including Preacher, Mad Max Fury Road, Upgrade, The Whistleblower and The Pacific.

Back in action after COVID shutdown