There was magic in the air at Docklands Studios in November as many of the world’s top circus acts performed together for the very first time.

Circus 1903 includes acts from all corners of the world – including acrobats from Ukraine, a high wire act from Mexico, a knife thrower from Brazil and jugglers from France.

The biggest drawcard is two live elephants. Well not actually live, but close enough to the real thing – mother and baby puppets created by the award-winning team behind War Horse. 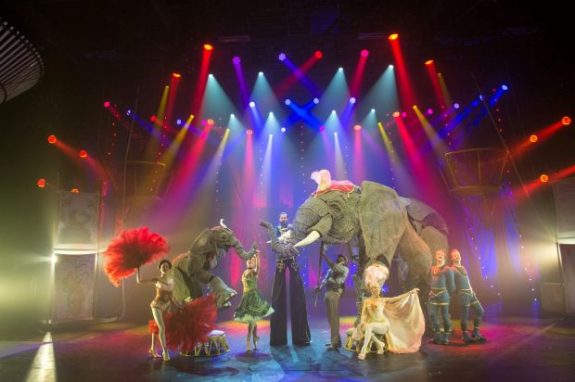 Two weeks in a Docklands sound stage gave the 60 performers the chance to rehearse Circus 1903 from scratch.

Executive Producer, Andrew Spencer says using Docklands Studios was a ‘no-brainer’ because it was the only place he could find in Australia that was both high enough for the 12-metre circus truss and close to cafes where cast and crew could have a break.

“We divided the sound stage in half using a humungous black curtain, with one side as a rehearsal space and the other side was where the set was built.”

The set was assembled around an old-style circus wagon shipped from Brazil with additional scenic props and soft furnishings made in Docklands Studios’ workshops.

“Not only were we rehearsing, but we were also running a scenic studio, and a wardrobe space to fit costumes. Music was being composed in the venue as well — our composer came from the UK for three weeks and sat in one of the rooms adapting the music to how the show was evolving”, Spencer says.

Circus 1903 bills itself as a turn of the century circus spectacular and comes from the producers of the ‘biggest selling magic show’ The Illusionist and puppeteers from London’s Significant Object.

The show is touring Australia from December through January before heading to the United States. 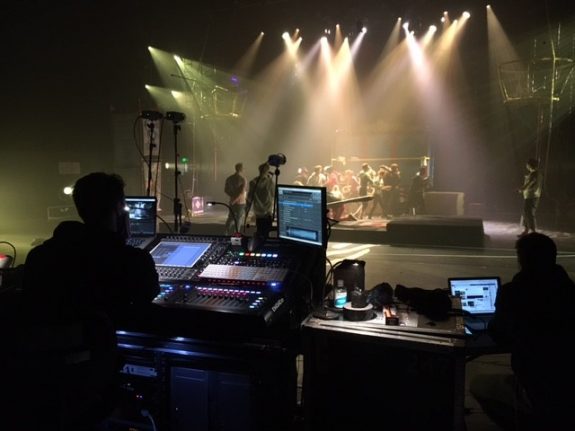