In a year that Screen Australia has described as record-breaking for Australian film, we’re enormously proud that two features filmed at Docklands are contributing to this success.

Oddball, the true story of the Maremma dog who saves a penguin colony in Warrnambool, is in its 11th week in cinemas. With its family appeal and top cast including Shane Jacobson and Sarah Snook, Oddball is one of the most popular domestic films to come out in recent years and ranks in the top ten highest performing films at the Australian box office for 2015. It is even beginning to make its mark overseas and in Rome it is a big hit, sporting the name, Giotto l’amico dei Pinguini. 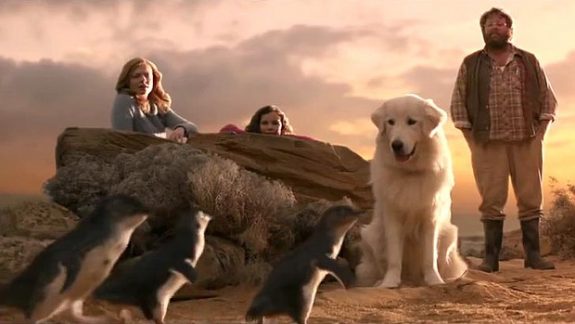 The feathery, furry and star cast of Oddball

The Dressmaker, described recently by its director Jocelyn Moorhouse as ‘a spaghetti western with a sewing machine’ opened nationally on 30 October. In its first two weeks it took close to AU$10 million before opening in UK cinemas on 20 November. The Dressmaker is leading the forthcoming AACTA awards for 2015 with recognition in all the top categories including Film, Direction, Leading Actress (Kate Winslett) and Supporting Actor and Actress (Hugo Weaving and Judy Davis). As a story that extols the power and influence of ‘haute couture’, it is no surprise that The Dressmaker has also been nominated for Best Costume Design. 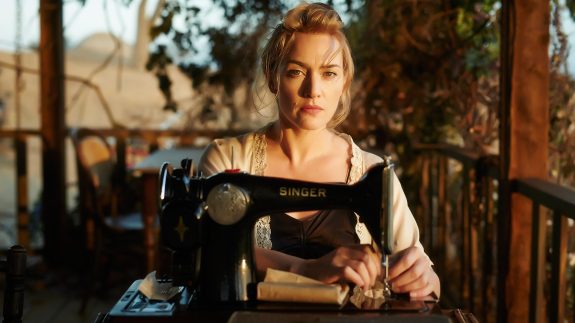