The Jack Irish mini-series is the next instalment of television dramas based on Peter Temple’s novels to be produced by Ian Collie and Andrew Knight.  Filming starts in August and we welcome an impressive cast that includes Guy Pearce and Shane Jacobson.

The miniseries Tomorrow When the War Began, based on John Marsden’s novel, will film at the Studios throughout September and October. The story follows a small group of teenagers as they wage guerrilla warfare after the invasion and occupation of Australia by a foreign power.

Budding filmmaker Danny Cohen shot a clip for Melbourne neo-psych band,Lurch and Chief at the Studios in April. The track ‘Echo’ is currently on high rotation on Triple J. We love the behind-the-scenes video shot by Gianna Mazzeo during the fourteen hour shoot. See the ‘clip of the clip’ here:

Read Q&A with Danny Cohen on our blog

We’ve had some impressive corporate events and TVCs shoot at the Studios this year. Holden Astra vs Drones TVC and integrated campaign shot here only weeks ago and is already ‘hovering around’ on the web and TV sets. Earlier Volvo hosted a rather luxe launch of the VolvoXC90 https://instagram.com/p/3OgLfwODyO/ in stage 4 and for another car company stage 1 was transformed into Melbourne’s Mini Garage and pop-up cinema. The latter incorporated 25 new Mini 5-door hatches, food vans, 250 Mini fanatics and VIPs who converged for the launch night. Check out the video and great time lapse of the stage set-up for Mini Garage.

Luncheon Studio tours for industry professionals
CEO Rod Allan and Marketing Manager Angela Kent have initiated an ongoing series of casual lunches and Studio tours for local producers, production managers and line producers. “We’re targeting people who might not have been to the Studios for a while. It’s a great way to showcase the facility and reflect on the diversity of projects that come through our doors. The events have been very well received and we have also enjoyed hearing about upcoming projects. Producers are encouraged to contact Rod Allan and start the conversation early about options for working at the Studios,” Angela said.Please get in touch with Angela if you’d like to come along to our next lunch and tour: angela.kent@dsmelbourne.com.au 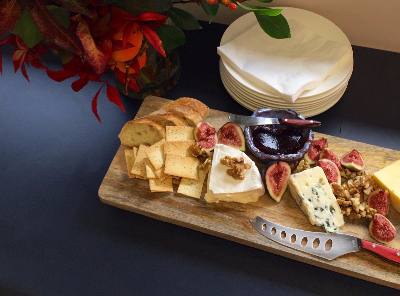