In a few words what type of filmmaker are you?

I’m actually fairly new to filmmaking. I’m trained as photographer but was always equally inspired by moving image as much as still photography. Over the past year, I’ve been offered opportunities to create music videos so I’ve attempted to bring across my style and direction to film. I like to create weird stories and scenes but execute them in a polished way. For example, my first music video was a gentleman exploring and enjoying the smells of used cars. 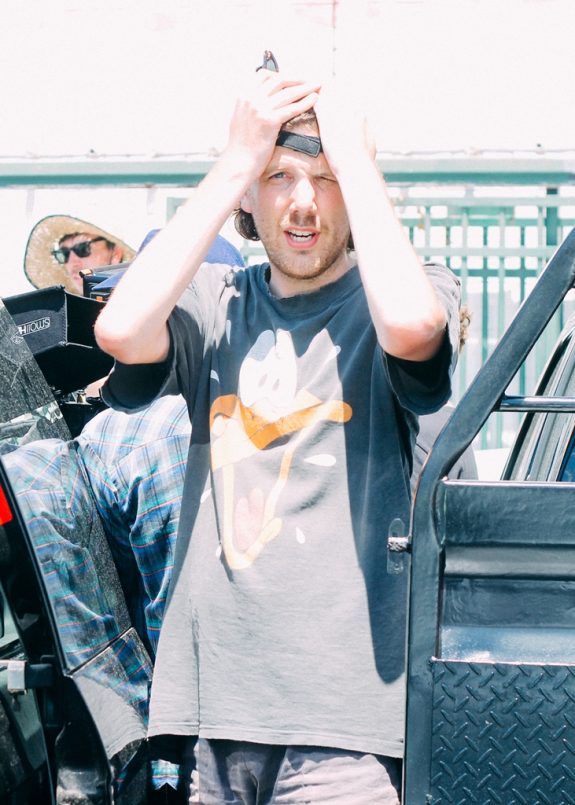 How did you hear about the Studios?

I was looking for a large contained space that would allow us to shoot long dolly shots and build large sets. My friend recommended I get in touch and I was impressed by the size of the space, the facilities and the onsite staff.

Can you describe Lurch and Chief’s musical and visual style?

The band’s musical style drifts from psychedelic to rock to pop. The band is full of creatives (the guitarist Alex online slots Trevisan handles all the graphic design) so we tend to collaborate and bounce ideas around quite often. The band is open to creating photos/films that are strange, psychedelic and have an underlying dark humour to them.

Can you reveal the track or the story behind it?

The track is called ‘Echo’, it’s currently on high rotation on Triple J. It’s their second single on their new EP ‘Breathe’. A behind the scenes of the clip can be seen here: https://vimeo.com/127455991

What were the benefits of working in the Studio’s sound stage?

The size, versatility, facilities and staff. I loved shooting there and will shoot there again. It was definitely a long day but I had the dream team on board so spirits were high and we got the result we were after.