Party in the House!

Docklands Studios Melbourne has resembled a giant house party of late during filming of the popular Big Music Quiz.

The mad-cap musical extravaganza sees two teams of celebrities showing off their knowledge of music trivia.

A roll call of Aussie stars, including Hollywood funny girl Rebel Wilson, Eurovision runner up Dami Im, and Olympic gold medallist Giaan Rooney were tested on their recall of well-known songs and artists.

Along the way they burst into song and dance along with the large, exuberant studio audience, egged on by host Darren McMullen. 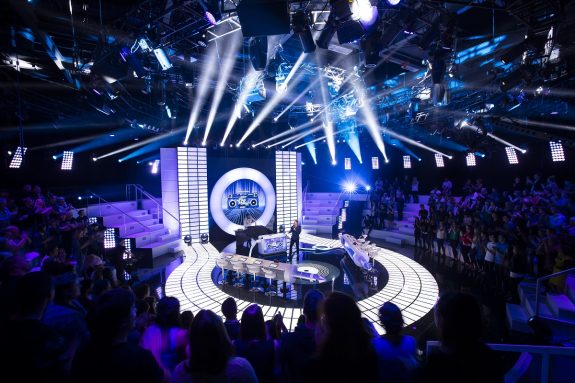