It has welcomed Hollywood heavyweights, dressmakers and penguin wranglers – and now economist and strategy expert David Hanna will join the team of Docklands Studios Melbourne as the new Chair of the Board.

Announcing the appointment today, Minister for Creative Industries Martin Foley said Mr Hanna’s high level strategic and international experience will put him in good stead to lead the next stage of growth for the publicly-owned studio facility.

Currently the Director of Business Strategy at Monash University, Mr Hanna has more than 30 years’ experience in the public sector in Victoria and Canberra. He has also lived and worked in many parts of Asia.

He has a strong connection to film and has been a longstanding committee member for Film Victoria’s Production Incentive Attraction Fund – which provides government grants to attract productions to Victoria. He is also a member of the Course Advisory Committee for the VCA’s School of Film and Television.

Prior to his Monash appointment, Mr Hanna held a variety of senior management positions in the Victorian and Australian Governments with a focus on economic development, international policy, trade and innovation.

Since opening in 2004, Docklands Studios Melbourne has hosted local and international productions that have brought more than $800 million into the Victorian economy.

In recent years, its five sound stages have hosted a mix of domestic and international productions including the hit Australian film The Dressmaker, the NBC Universal mini-series Childhood’s End and the Nine Network’s Millionaire Hot Seat and The Footy Show.

Mr Hanna will take over the role from former senior executive Elizabeth Eldridge, who has served as Chair since the Victorian Government took ownership of the studios in 2008. Ms Eldridge steered the studios through a critical transition, helping to raise their domestic and international profile.

“David comes to the role with a wealth of experience and a passion for film and I look forward to working with him as we take Docklands Studios Melbourne into the next era.”

Incoming Docklands Studios Melbourne Chair David Hanna said, “I’m delighted to be taking on this role at what is an exciting time for local film and television production.”

“Docklands Studios Melbourne is a vital part of our screen industry here in Victoria with a great team running it and a strong slate of productions in the pipeline for the year ahead.” 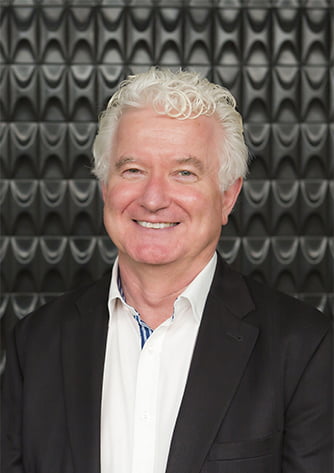