Stage 3 and 4 are adjoining stages and ideal for small-scale feature films and television.

MasterChef used Stage 3 and 4 in tandem; judging in one and cooking in the other. Stage 3 was used by Winchester and The Berlin Syndrome.

Stage 3 is equipped with ‘I’ beam grid systems and catwalks that allow a uniform distribution load of 480 kilograms per square metre (98 pounds per square foot) plus silent air-conditioning and sound attenuation of 50dB(a) minimum.

The upper floor houses a large partitioned office totalling 300 square metres (3,228 square feet), with a kitchen and bathrooms. The production offices can be hired separately from the stage. 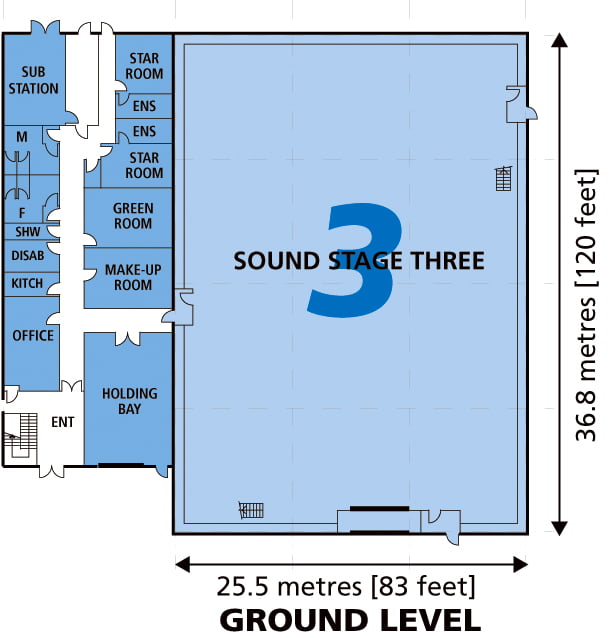 Docklands Studio's purpose-built sound stages suit our filming requirements perfectly. Two large sets in adjoining sound stages allows for a seamless production flow during the judges auditions stage of the competition, alongside the internal control room and production office upstairs as the nerve centre. Use of the large workshop onsite for set construction was also a key factor in the smooth running of the production.