Stage 2, located opposite Stage 1, is typically employed as the ancillary or second-unit stage to Stage 1.

Several productions have used Stage 1 and 2 in conjunction, including Don’t Be Afraid of the Dark which created the house set in Stage 1 and the basement in Stage 2. The King’s Daughter (The Moon and The Sun) used Stage 1 for the grotto and Stage 2 for the king’s bed chamber and other sets. The 2018 Microsoft tech summit was also spread across both stages.

Other film and TV productions to have used Stage 2 include Oddball, The Wheel, and Bad Mothers. Opera Australia uses the space for rehearsals.

Stage 2 can host large scale audience-based shows of up to 600 participants including Australia’s Got Talent and Iron Chef.

Stage 2 is equipped with an ‘I’ beam grid system and catwalks that allow a uniform distribution load of 480 kilograms per square metre (98 pounds per square foot). The stage features silent air-conditioning and sound attenuation of 50dB(a) minimum.

The upper floor houses a large partitioned office totalling 238 square metres (2,560 square feet) with a kitchen and bathrooms. The production office can be hired separately from the stage. 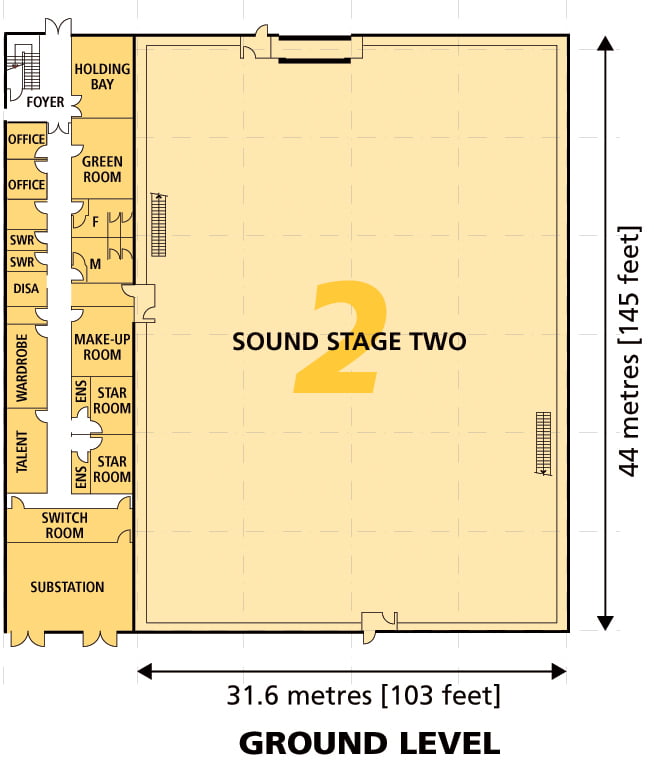 Filming in Melbourne was like working on a vacation.

The Pacific · Producer
Tony To