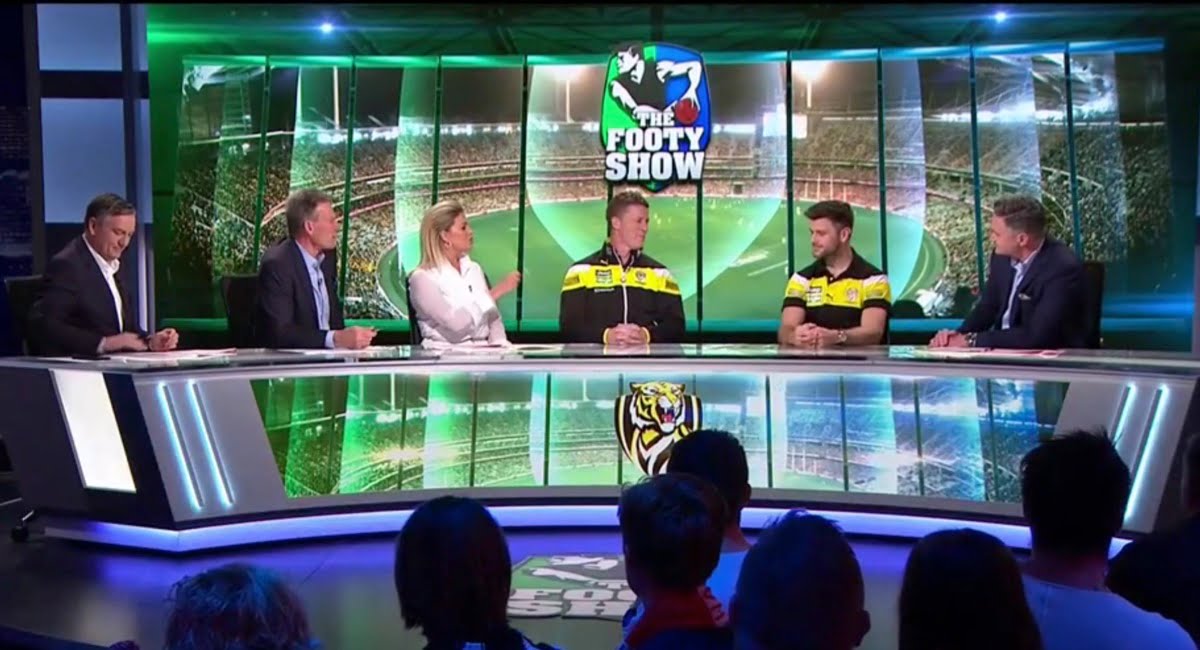 End of a TV Era

The demise of The AFL Footy Show in May this year marked the end of a chapter for Docklands Studios.

The weekly panel show—one of Australia’s longest running sports entertainment programs–was broadcast from our stages for the last eight of its 25 years on air, after the Nine Network closed its Richmond studios in 2011 and moved to new headquarters near Docklands Studios.

While many viewers may not have realised the show was broadcast from here, tens of thousands of audience members over the years got to see the inner workings of our facility—the security check in, the audience hold, the bright lights and stadium seating of Stage 5.

And while we bid a fond farewell to The AFL Footy Show, we remain home to a host of popular television shows and celebrities, including Talkin’ ‘Bout Your Generation (Nine Network) with Shaun Micallef and Andy Lee, which first filmed here nine years ago.

Other TV programs to have graced our stages over the years include:

It’s a Wrap For US TV Series

Melbourne on show in cult US series