Stage 4 is located alongside its twin, Stage 3. These stages suit smaller feature films and television.

Stage 4 has hosted the features Upgrade, The Dressmaker, and TV Series Jack Irish, as well as a range of television commercials.

Stage 4 is equipped with ‘I’ beam grid systems and catwalks that allow a uniform distribution load of 480 kilograms per square metre (98 pounds per square foot) plus silent air-conditioning and sound attenuation of 50dB(a) minimum.

The upper floor houses a large area totalling 300 square metres (3,228 square feet), with a kitchen and bathrooms. The production offices can be hired separately from the stage. 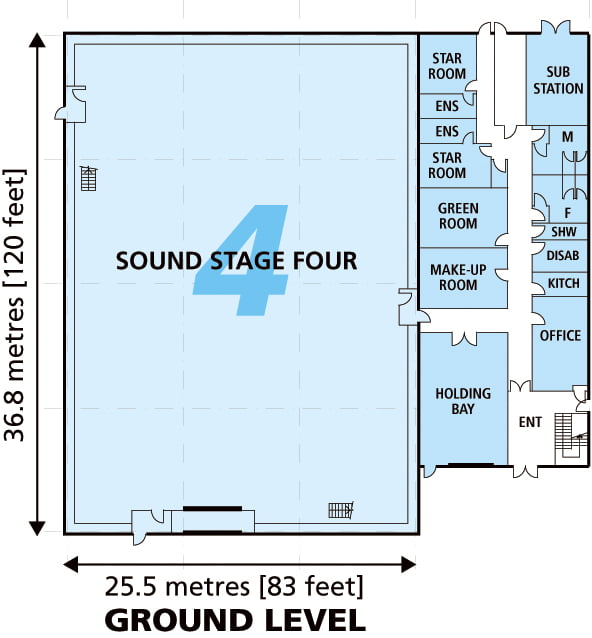 On the lot at Docklands Studios ... a great place to work.

The Moon and The Sun · Actor
Pierce Brosnan